This week's post addresses workflows, specifically around coordinate systems.  This post will focus on the proper use of the isometric offset settings to allow you to produce isometrics with large (ex: state plane) coordinates without creating the problems involved with 3D modeling in those coordinates.

First, let's cover the prerequisites: when modeling with AutoCAD Plant 3D, it is a recommended practice to:

So, to accomplish one or more of the performance-improving (and problem-avoiding) criteria above, you may have to output your isometric drawings with different coordinates than are in the 3D model.  The best way to do this is using the Advanced Iso Creation Options – Override location settings: 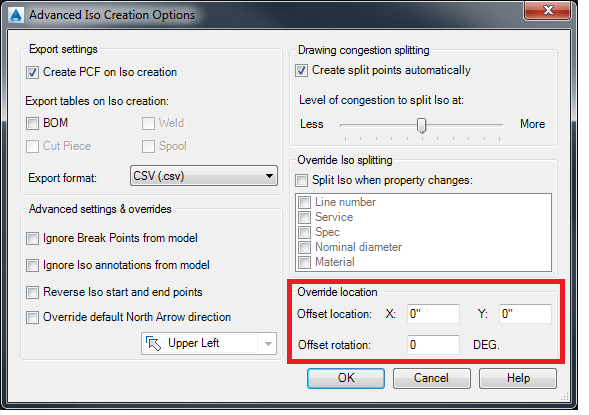 Figuring out which values to enter in here might seem difficult at first, but the following example might make it simpler to understand.  First, look at the figure below: 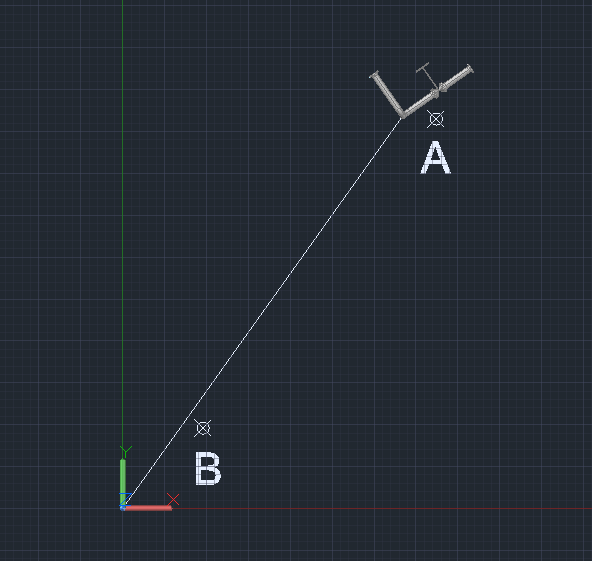 We have our piping modeled up near point "A" but we want it to be called out on the isometrics as if it has been shifted so that point "A" is down at point "B" and the piping is orthogonal to the isometric north direction (in this case, the section of piping with the valve will be oriented north).  You can imagine point "A" as being the intersection of structural column lines, which are a good point of reference for both modeling and construction.  Our figure above also has a line drawn from some point on the piping to 0,0 to help us understand how the isometric offset works. 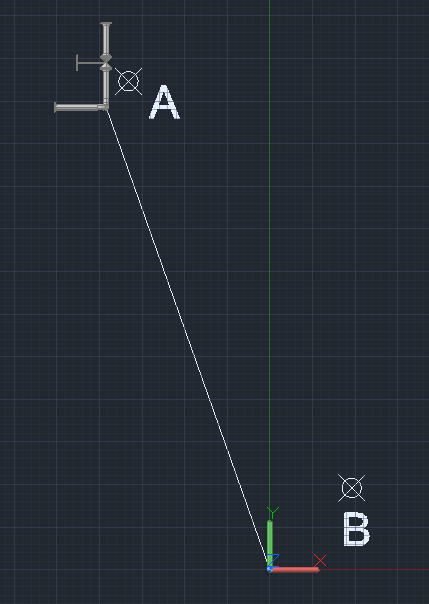 Once you've tested your offset settings by generating an isometric drawing and confirming the coordinates, you should make the overrides permanent by documenting them and also making them the default in Project Setup.  This is located under the Isometric DWG Settings > Default Settings: 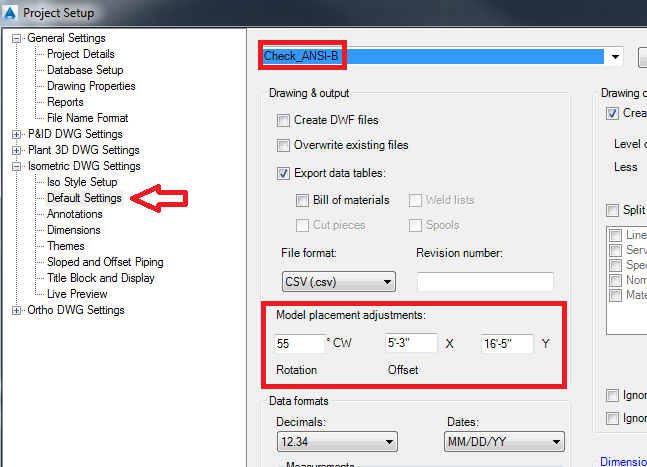 It is important to note that these settings are defaults and can be overridden by the user at run-time when generating an isometric.  Also, they are stored within the isometric style, so it is recommended to set these defaults for all isometric styles that will be using the coordinate overrides.